Every other year, I make the trek back to my home country for a couple of weeks to see my family. This has been a pretty regular occurrence for me since moving to Dayton from the U.K. in 2007. But the last couple of times, it’s been a little different because I’m a mom now.

I flew home in October this year with my hubby, 4-and-a-half-year-old daughter Rose, and 1-year-one son Liam. To say that it was a whole new ballgame is a vast understatement. We flew from Dayton to Atlanta, and then from Atlanta to Manchester, U.K., for about 12 hours worth of traveling. The short flight was fine, but the long-haul flight at times felt like it would never end. But we all survived and we will be heading back in two years (thankfully when Liam is old enough to at least listen to reason somewhat). 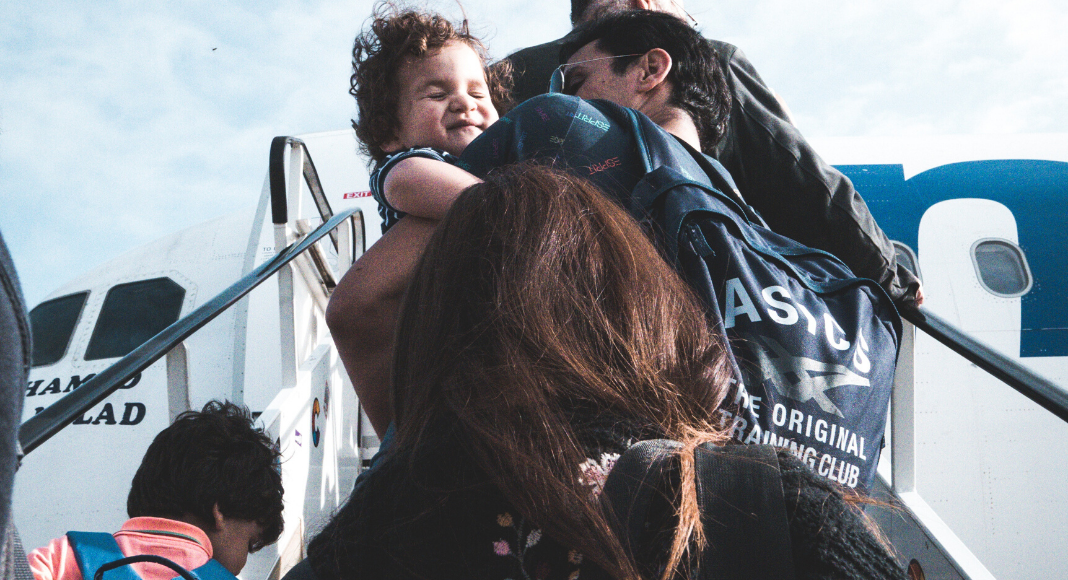 Here are some things I learned along the way.

Plan for everything. Our carry-on luggage was packed full of things we might potentially need. Snacks, coloring books, the iPad stocked with movies and episodes of My Little Pony, diapers to last about a week, books, and multiple changes of clothes all came with us on the plane. In the end, we didn’t need most of it, but having it there just in case helped us relax a little.

Take it in turns. My husband Ben and I took turns walking around the plane with Liam while he fought sleep and cried. We pretty much spent the entire eight hours walking around the plane carrying him. By taking it in turns, I was able to watch a movie in 10-15 minute bursts, which gave me some down-time to prepare for the next time I was on baby duty.

Keep breathing. I found myself getting frustrated and feeling very helpless when Liam wouldn’t stop crying before we even took off. I ended up in tears myself, which just made the situation seem that much worse. The flight attendants took great care of me, though, telling me I was doing a great job and offering to help out. They reminded me that it was important to stay calm and not let myself get upset because babies are babies and will cry on long flights, and it was not a reflection of my parenting skills. They told me I was doing a great job, and it meant the world to me.

Don’t worry about anyone else. You might get a few raised eyebrows or rolled eyes when you take a baby or young kid on a plane, but you need to worry about yourself and ignore the unhelpful comments of others. Most people on planes know that if there’s a baby on board (which there probably is), they’re going to cry at some point. Some people hand out earplugs to their neighbors when travelling with a baby, but I personally think it’s unnecessary. We had nothing but positive people around us, which made it much easier.

Ask for help. Toddlers are hard work, especially when confined to a flying metal tube for hours on end. Remember to ask for help when you need it, whether you need someone to take the baby so you can pee/have a few peaceful moments, or whether you need help picking up the toy (or pacifier, in our case) your baby just threw for the 100th time. People are generally kind and willing to help when asked, so don’t be afraid.

Would I choose to travel long-distance with a young toddler again? Not by choice. One thing that got me through was telling myself that the next time we make the trip, Liam will be 3 and it’ll be easier to distract him with TV. But even if we did travel with him this young again, it helps to know that even though it feels like the flight will never end, it will. You will survive, and you will go on to make wonderful memories wherever your destination might be. 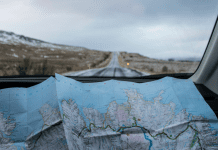 Great Travel Expectations {Five Tips from My Own Experience} 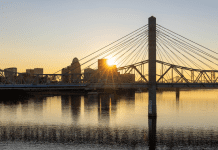 A Buckeye in Da Ville {Exploring Louisville on a Weekend Getaway} 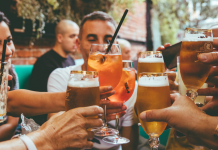 Bring on the Bourbon {Celebrating My Husband’s 40th Birthday}