Did you know that July is Purposeful Parenting Month?

For me, that means making choices each day to be active and engaged in this stage of their life. One of those decisions is very limited screen time in our house. This morning as I sat nursing my youngest daughter, who is just one month old, my two toddlers (aged 3 and 1.5) ran through the kitchen with toy turtles they pretended to breastfeed. Both girls were soaking wet from coming in from the kiddie pool on our patio. They spent a good four minutes out there.

The screen door was left open, and I caught several bugs whizzing in. It’s officially summer. 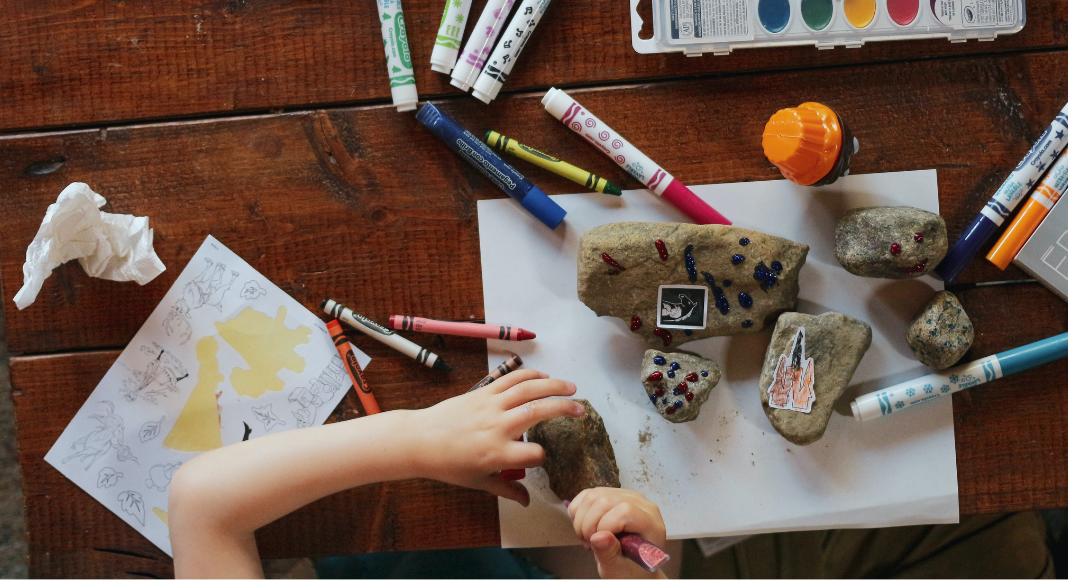 Once my girls have finished feeding their turtles, they take every book off the shelf and dismantle my Tupperware collection. A parade of stuffed animals soon made their way from the playroom into my dining room (why I even call it a playroom is lost on me, no one plays in it). I cringed a little as I watched their sopping wet feet cross onto the living room rug. I considered resorting to Daniel Tiger or Elmo. Or pulling out the “big guns” and letting them watch Moana all afternoon.

But I didn’t, I stayed strong.

I feel like a smoker resisting a late-night cigarette. Just one hour can’t be that bad, can it? This is the price of another screen-free day – an absolute mess of a house. During naps, I scan across our open floor plan on the first floor. It’s unrecognizable from 7 a.m. when I padded into the kitchen for my first cup of coffee. No Nat Geo magazine left untouched; no throw pillow left on the couch; no crayon wrapper left behind. It’s a good thing we don’t own “nice things” I think to myself.

Every time I don’t put on a television show or a movie, I feel a small victory. But, I have no idea if it’s a battle worth fighting.

I’ve read that the parents of Silicon Valley don’t allow their own children iPads and screen time. So, where does that leave me, a mother of three, and looking for ways to fill the day. I try to remember that screens are new to the world of toddlerhood and weren’t an option for my own mother. Yes, we occasionally watched Disney movies… on our VCR player. But it was a Friday night kind of thing. I muster a little more strength and patience to get through another day without screens. My Mom had four kids including myself, a twin. I can do this. I drag out a box of construction paper and some old Valentine’s stickers. This should entertain them for a bit.

I am making a choice to be present, to let myself go, to let the chores sit, and play with my daughters. Yes, some days are much harder than others. Some days we put on Scooby-Doo throwbacks and eat Goldfish crackers on the couch, but it’s a special treat. A rainy day, last-minute call. It’s not an everyday pastime. I’m making a trade-off and while right now I feel like I’m paying into some invisible bank account, I know deep down that it will be worth it. 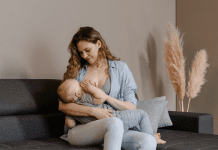 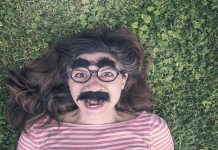 Go On and Embarrass Them {Moms with Flair} 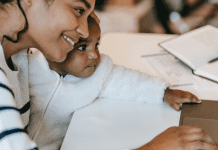 Breastmilk Drop in a Target Parking Lot {A Different Way to...

Tara Altenhofen - July 29, 2021 0
It was a warm day. I loaded all three of our little daughters into the car, lugging the blue and white cooler in last....