I was bullied as a kid in grade school. I often ate lunch with either the janitor (bless his heart) or a few other girls who were basically counting down the days until we could leave and go to high school. Oh, high school was going to be great.

In the 4th grade, I managed to catch my hair on fire with a candle at a holiday event, and from then on, I was “Smoky the hair.” Catchy I know, but I didn’t love it at the time as you can imagine. One kid went so far as to bring me a water gun in the shape of a fire extinguisher. Somewhere around 6th grade, I refused to go shoe shopping with my mom (what was I thinking?) and she came home with some big, ridiculous, solid red Reeboks. Sigh. This magically coincided with the time that McDonald’s was running their “Do you believe in magic?” commercial with Ronald McDonald singing “You’ll always have a friend wearing big red shoes.”

I am sure you can see where this is going, but kids used to sing that to me and my one or two friends. 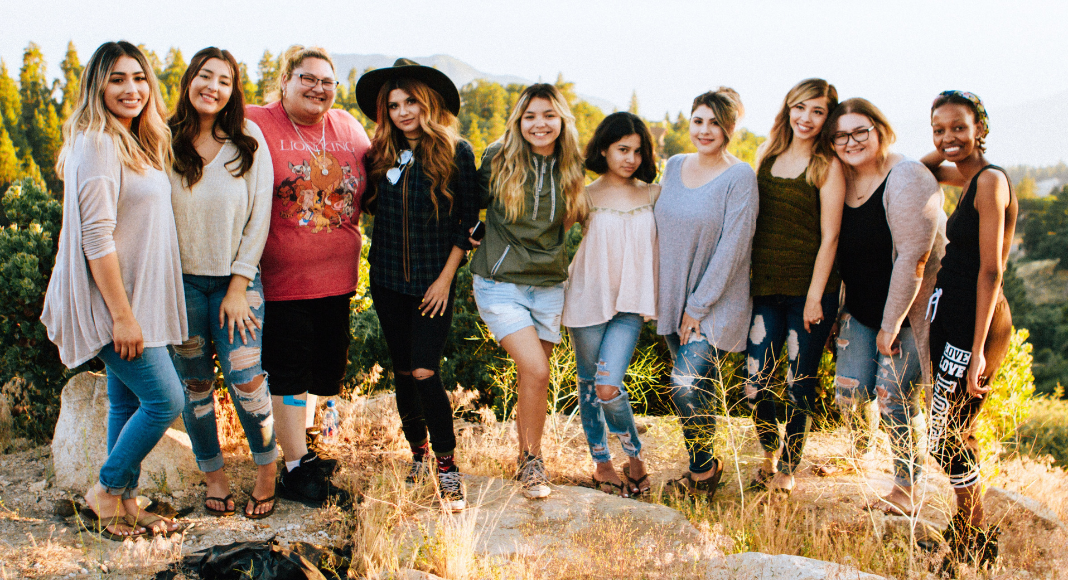 It was relentless and one day I decided that I had basically had enough. I marched up to the principal’s office and essentially told them that if they didn’t check the main kid who was tormenting me, I wouldn’t be coming back to school. Somewhat shockingly, this taking a stand actually seemed to work at least a little bit. When I picked out my high school, I specifically chose one that no one from my grade school was attending. I felt that was my opportunity to just become someone new. I LOVED high school and I was able to create my most valued friendships there that have lasted to the present day. My plan had worked. In a lot of ways, I reinvented myself because what I had learned from all of that bullying was that I wasn’t someone people really liked.

Fast-forward nearly 20 years. I married in my early 30s and I was pregnant with my first child at 34. I was pretty much terrified. My two closest friends didn’t have kids and they also lived two hours away in my hometown. My plan was to be a stay-at-home mom but the idea of being alone all day in the house scared me to death. The walls would be closing in. I would surely sink into insanity. For most of my adult life, I worked in the fast-paced and team-oriented hospitality industry. The crew that I worked with often felt like family and, to be honest, work often felt like home because I was there so much. How would I go through daily life talking to no one? Even more importantly, how would I even figure out life as a stay-at-home mother?

I knew I needed other moms but that would require me to find those other moms and then somehow become their friend. It was all a bit overwhelming. I went to where most people go when they need answers. Google. I looked up mom groups in my area and stumbled across MOMS Club of Lebanon, OH – a support group for stay-at-home moms. I reached out to them immediately and joined the club no more than three weeks after my son, James, was born.

About a week after I had joined, I decided to get brave and attend an event.

It was a potluck/playdate but I don’t even think I brought a dish with me. I just remember being so anxious about the whole thing and I was wearing jeans that were too tight and I was definitely sweating. At some point, after I got there, James was fussing a bit and another mom came over and asked to hold him. She joked with me about his band-aids still being on after his one-month appointment, which had been a couple days before, and I had told her I was afraid to remove them. That’s when she looked at me – she must have seen the fear or maybe even tears (don’t judge me, I was postpartum!) in my eyes.

Not just the fear about band-aids, but this whole motherhood thing and she said, “You’ve got this, one day you’ll be ripping band-aids off without a second thought.” It was a simple gesture but it eased my worried mind so much, and I will likely never forget her kindness that day.

I decided to keep coming to events. The very first club meeting that I went to was held in a church nursery room. I remember walking in and seeing the tiny tables and chairs arranged in a u-shape, like a board meeting. It was hilarious and chaotic. There were little kids walking around eating snacks, running and screaming, and yet amongst all of the chaos, the moms were planning out events, making motions and conducting this actual meeting.  I knew instantly that this was something I wanted to be a part of. These could be my people, my co-workers if you will.

Time passed and I got more involved, eventually becoming a book club coordinator and then joining the board. I enjoyed planning the calendar and hosting events. Of course, MOMS Night Out was always a highlight. Is there anything more fun than a group of moms loose on the town? By the end of my second year with the club, I had moved to Centerville, and would eventually leave the group, but I was hosting our end-of-year celebration at my house. For the celebration, we had members submit what we called “Mom to Mom Awards” – these were like little thank yous to other moms in the group who had helped us in some way. We listened to many heartfelt statements from one mom to another.

When the party was over and everyone had left, I couldn’t help but feel a little sad that I hadn’t received any mom-to-mom recognition.

I know it seems silly, but what I realized that night was that despite my efforts and involvement in this club, I had failed to create a genuine connection with any of the moms. Sure, we were good to hang out at club events but was there any mom who I felt I could really vent to or text when my kid was making me crazy? Was there anyone who I felt really understood me? What I came to realize was that this was the first time that I had tried to make friends outside of my high school years. I was still holding back. I wasn’t being my authentic self because on some level. I was worried that they might start singing McDonald’s commercials to me. No, but seriously, I wasn’t allowing others in and just unapologetically being myself for fear of rejection. I was basically sabotaging my own efforts to make mom friends.

A few months after the party, I had to officially leave the club because I had moved outside of the territory and the drive to Lebanon from Centerville for things was becoming inconvenient. Not long after moving into my neighborhood, I met my neighbors (also moms) who invited James and me over for a playdate. Before I went over, I gave myself a little pep talk and reminded myself to be myself. We ended up connecting and even started the MOMS Club of Centerville together.

Now, I often give myself these little pep talks but I definitely still struggle with self-doubt. I end up having a lot of negative self-talk, things like, “Ugh, I am so awkward,” or “Why did I say that?” or “They don’t even like you.” If you struggle with these kinds of thoughts, you are not alone. Please know that many other moms feel just like you do. You will find that mom that you can text expletives to after your kid poops their pants for the second time that day but until you do, remember that you are and always have been enough. 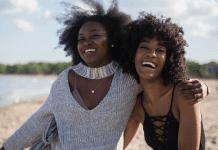 A Confession to My Sister {Part 2} 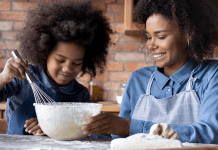 The Healing Power of Cooking 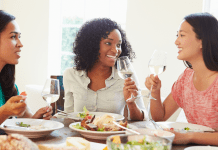 I Want a Friend, Not a Mentor