While I was growing up, I always had a secret wish (or maybe a not-so-secret wish) that my parents would bike ride with me, take walks with me, or play some kind of sport with me regularly as a way to bond. My dad used to coach my t-ball team, but after I got out of t-ball age, my parents got into a bit of a slump that is extremely understandable and I can certainly empathize with as a tired parent. They work hard jobs every day, lifting and doing so many physical tasks that they couldn’t get in a good headspace to try and do more, especially after having two demanding daughters constantly sucking the energy out of them.

As an adult, I moved back home to Dayton within the past year and felt a sincere desire to try to exercise more. 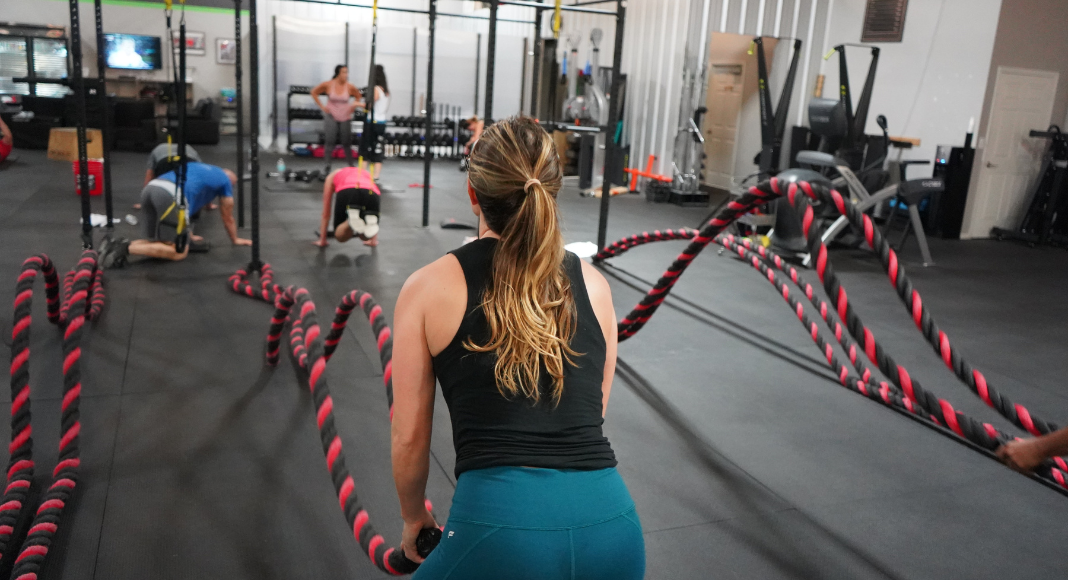 I’d had some negative experiences growing up because I didn’t appear to have a natural affinity for sports, gym class, or other activities and they never necessarily interested me too much. However, I knew as a Mom, I wanted to set a good example for my children. I generally liked moving, just not running or some other “typical” exercise routines like lifting dumbbells or doing squats. In my younger days, I enjoyed dancing and that served as the main outlet along with musical theater.

But what is a Mom to do? Of course, I joined a gym with a welcoming environment that caters to everyone. No, this is not an advertisement so no, I am not mentioning which gym this is. However, it’s important to make the effort to take care of yourself, even though you may feel that it’s impossible. This sets your kids on a good path when they see you taking the time to do self-care and stay healthy. At this gym, I started by doing some work on an elliptical. I loved the machines! I could watch whatever show I wanted and it almost felt like I wasn’t actually doing exercise because I still watched what I would normally watch but I happened to also move my legs and arms around on a program that simulated going up a hill.

The workers at the gym suggested doing a circuit of machines to work out all of the parts of my body. I started doing that each time for about a half hour total and then I ventured out to try other machines on alternating days. As I continued working out, I figured out how to channel my stress, anxiety, and anger into pushing the weights. This satisfied me in a way nothing else has. Finally, I had an extra-constructive way to release the emotions I had pent up during my unfortunate divorce.

When I planned to start working out, I told my parents about it.

Surprisingly, my dad said he wanted to join me. His previous gym closed down. I didn’t realize he belonged to a gym but he did and went more or less sporadically. Together, we toured some gyms and had a rather fun experience deciding which one would be best for us, fully intending to get Mom on board with the best gym we found. We started intentionally going over the summer together at least three times per week, sometimes more, usually for over an hour. Dad’s mood improved considerably during each workout. I could see a change in him as he started feeling better about himself and having an easier time at work because his body prepared itself during the workout. We tried to get my mom to join in and at first, she was resistant. However, on one courageous day, she decided to come along as well in the summer.

Seeing my parents exercising together made me so proud. It finally actualized the desire I’d had all my life for them to exercise with me. I rejoiced with them as they tentatively tried new machines and gave them everything they had. Dad taught Mom how to use the equipment and I loved the gentleness with which he guided her through the workout. I believe they connected on a totally different level than they had previously in their 36-year marriage. There’s nothing cuter than seeing two people in love, on the treadmill right next to each other. He even brought her some headphones when she forgot them because he knew she’d want to watch something while she was doing some cardio.

This first experience made me so happy and I would have been satisfied if that was the first and only family foray into fitness (that sounds really corny when I put it like that). However, since then, we regularly work out as a family. We usually work out as a triad at least once per week. Dad additionally always exercises after work since the gym is open pretty late and he usually works the late shift. That helps him feel more tired and go to sleep easier. Mom usually works out with me and we meet after I get out of work. Though she seemed reluctant at first, she now is always the first one to try a new machine, even if it’s smack dab in the middle of the gym, next to where all the meathead bodybuilder types lift their weights. She does cardio for about 15 minutes, the weightlifting circuit for 30 minutes, and either some new machines for abs and glutes or an exercise bike for 10 minutes.

Very few things in life have made me happier than working out with my family. They make me so proud, and I admire their bravery and commitment to making positive life changes. I hope I can inspire my children in the way they inspire me. 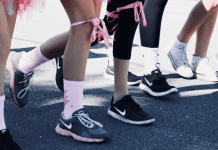 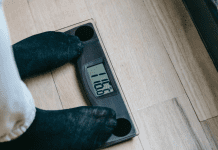 How Covid Changed How I Eat {Two Years Later} 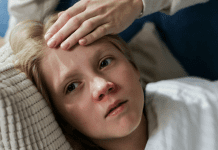