By now, you’ve probably seen countless articles on how the new trend of intermittent fasting is helping people lose weight quickly with only small changes to diet. By committing to eat all of your meals during a 6-8 hour window each day, and fast the remaining time, you’re able to drop your caloric intake all while allowing your body the time it needs to fully recover and empty your stomach and intestines.

It’s natural, no extra shakes or vitamins needed, no tracking calories, and yields flatter tummies in record time- goodbye bloating! After maintaining a 40 lb weight loss using WW for the last year and a half, I decided that mixing it up with intermittent fasting (IF for short) might be just the thing I needed to lose the last 5 pounds I wanted to drop. After all, I already had a balanced diet in place, as well as portion control, and regular exercise had become my norm. Maybe just limiting my eating window would surprise my metabolism and kick it back into gear. What happened next was definitely surprising, but not in the, “Welcome back my old friend- size 8 jeans!!” sort of way. Noooooo. 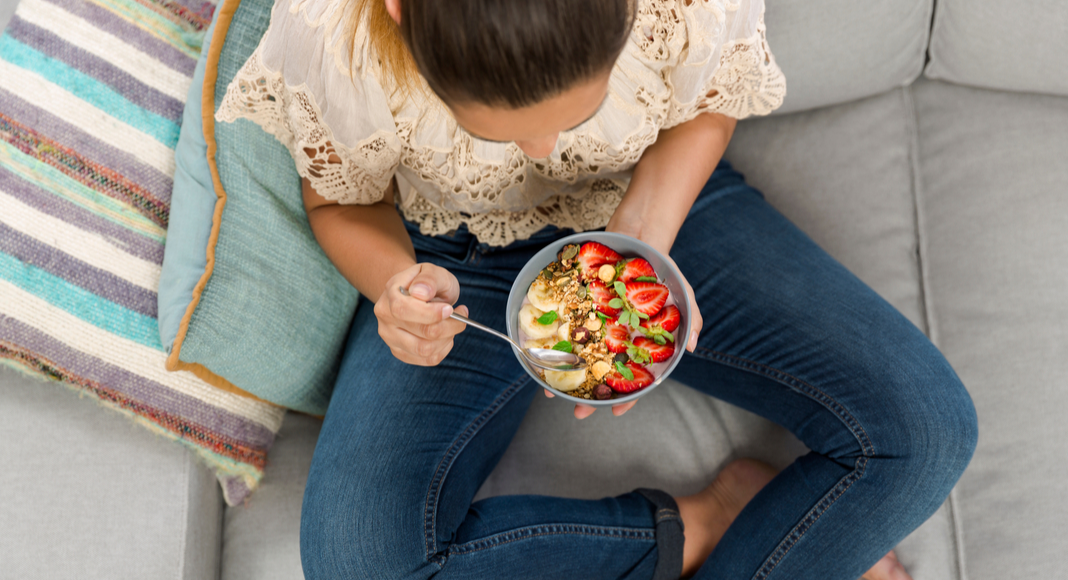 Instead, the thing I welcomed back was a nasty relapse of Binge Eating Disorder.

I was caught off guard. In all of the articles on IF I had read, not once was this touched on as a possible outcome. The term binge eating has started becoming common in our regular vernacular – binge-watching Netflix, for example. Everyone occasionally attends a party that has that one dish that they just can’t say no to, and winds up overindulging – maybe you “binged” on that delicious buffalo chicken cream cheese dip at the work Christmas party. Or you pick up a dessert that just tastes so good that a second or third piece of cake ends up being eaten when one really would have done the job.

However, true Binge Eating Disorder (BED) is a compulsion to eat ALLLLL of the food on a regular basis. It includes a feeling that you have no control; a need to finish the entire container of ice cream despite the fact that you already feel so sick, despite the fact that you are aware that you don’t actually want the ice cream at all, and despite the fact that you already are ashamed of how much you have eaten. It’s a cycle that I was finally able to break mostly free from in January of 2016, thanks to support from others suffering from BED and using WW to retrain my brain how to enjoy a reasonable amount of food without feeling restricted. And that last part is what is so triggering to me about intermittent fasting – restriction.

On the first two days of trying IF, I admittedly felt really good. I stuck to less restrictive 8/16 schedule (many IF use a 6/18 schedule), where we would have dinner finished by 6pm and then fast for 16 hours, not consuming anything with calories until 10 am the following morning. It was relatively easy to just tell myself that I was done eating at 6pm instead of debating with myself over whether I actually wanted dessert or not. And, my stomach did indeed feel less bloated when I woke up. I didn’t feel truly hungry until that 10 am hour loomed, and being able to sense those true hunger pains and see that they are sensationally different than routine hunger was a helpful practice. But then came day 3.

As usual, I ate my breakfast at 10, but I was hungry. No, I was HANGRY. Breakfast didn’t cut it, I needed something bigger, and in my mind, since I was waiting until so late to eat anyway, why not just make it lunch? So I continued to munch. By early afternoon, I was craving the dessert that I was no longer “allowed” to eat in the evening once the kids were in bed because it was past my 6 pm cut off, so I snacked on candy while the kids did their quiet rest time. And then… I just kept eating.

I had to get in all of the food I wanted to enjoy before the clock expired at 6. So I ate as quickly as I could as if the food would actually disappear.

I dutifully quit eating at 6, my stomach distended and a sugar headache pounding on my brain, wondering if maybe stretching my fast an extra couple of hours until noon the next day would help undo the damage. So I did that, only when noon hit, I skipped the healthful breakfast food I normally eat and picked up a large fast food meal, complete with a milkshake. I continued scavenging the pantry that afternoon, and it wasn’t until my kids were winding around my feet begging for dinner at 6 pm that I realized that it hadn’t occurred to me to actually make dinner and feed my babies because I was in a full blown binge eating cycle. Let that sink in.

My kids were not being fed because I was so focused on eating everything I wanted before I began my fasting for the night.

I decided right then and there that IF was not a good fit for me.

I was so embarrassed that something as “easy” as intermittent fasting wasn’t workable for me. How could I fail at simply not eating at certain times? But the more I reflected on it, the more I realized how this plan could be hard on anyone struggling with disordered eating in some form. At the heart of intermittent fasting is restricted eating – a shared bond with most eating disorders. I’d like to say that I was able to easily pull myself together, but that’s not the case. As anyone who has struggled with an eating disorder knows, when you have a relapse, it takes time to regain control of your mind.

I had to relearn things that less than a week ago had been second nature. Isn’t that odd? In my four days of trying intermittent fasting, I was able to undo more than a year of hard work. I had to remind myself that I deserved and needed to eat breakfast no matter how much I had eaten the day before. I had to go back to planning my whole day of food on my meal tracker, making sure I ate foods that I wanted so I didn’t feel restricted. I left room in my life for the treat of a favorite dessert on the couch with a trashy tv show once the kids were in bed. And gradually the eating compulsions subsided. My right mind returned, and the ability to reason with myself when I’m faced with scooping ice cream for my kids at bedtime; the freezer will still contain that same ice cream tomorrow if I really want it.

It took me two months to fully right myself, and yet, when I see another article touting the benefits of intermittent fasting, I read it and consider trying it again for a half-second. It really does sound like a solid plan. However, deep down I know that the promise of losing these last 5 pounds of belly fat I haven’t been able to shake could never measure up to the mental well being I’ve finally been able to find for myself. 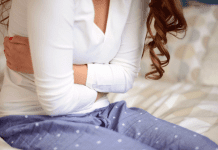 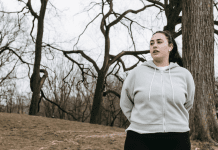 20 Minutes {How to Prioritize Yourself in the Midst of Motherhood} 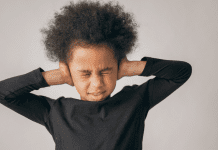