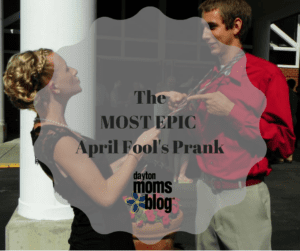 Do not try this at home.

But read it and laugh. At my expense.

My husband is a prankster. He is the 6th boy out of 7 brothers, and I guess having all those older brothers taught him a thing or two about how to play a prank. His brothers tell tales of hilarious pranks from bullion cubes in the shower head to putting a jug of milk underneath their college dorm mates bed until it rotted weeks later. None of these pranks sound very funny to me, but amongst their friends they are always known for their hilarious and epic pranks.

Of course, when my poor husband married me, he had to tone down the pranks. He tried one or two pranks that I just didn’t find very funny, and I think that scared him away from pranking me.

But one April Fools day he got me good. Real good. And I will even admit that it’s pretty funny.

I didn’t think anything of the fact that it was April 1st as I headed off to my yearly teeth cleaning at the dentist. Actually, it had probably been more than a year since I had my teeth cleaned, but I wasn’t too nervous because I knew that they would just check out my teeth and if I needed any dental work it would be at a later date.

I arrive at my appointment, get checked in and wait in the waiting room. I had no idea what was coming. They finally call me back and head back to the room where I make myself comfortable in that crazy dentist chair. The nurse comes over and pulls out my chart, looks at it and says:

I opened my mouth, but nothing came out. My heart rate increased and my armpits started sweating. Finally I managed to speak:

Yes, and she repeated the exact same numbers as before. She repeated it several times and each time I was freaking out. She then called the dentist over to confirm my tooth extractions, which he did. I wondered if I was allowed to run out of there, then I wracked my brain for an excuse to stall. Finally, I came up with a brilliant idea:

Don’t I have to have someone drive me home if I’m getting my teeth extracted?

By this point I was in TEARS. I was trying to keep myself composed but I thought I was there for a teeth cleaning!!!!

At that point, the nurse, the dentist, two other nurses and the receptionist were all standing in my room. Finally, one of them cracked a smile and yelled

If my husband had been within 100 feet of me, he would have been DEAD MEAT. Lucky for him he was at home with the baby.

Everyone working at the office was laughing and telling me I did such a great job being composed! One person even mentioned that I deserved a medal for that one! Then the nurse suggested that the receptionist call my husband and tell him that I had passed out and they were calling 911.

The receptionist ran back to the front desk and called my husband, telling him that they had called the ambulance for me. Since my husband is an EMT and works for the fire department on an ambulance, he yelled into the phone that he would be there in 5 minutes, faster than the ambulance could get there. Before he even finished the sentence, he realized what was going on- but they had him going for a minute or so!

After all that, I still got my teeth cleaned (with NO extractions) and everyone in the office was chuckling the whole time I was there.

So props to my husband for the most epic April Fools prank, for the staff at the dentist office for their incredible acting skills and playing along (at first they refused because they were afraid of being sued!), and for me…for putting up with my prankster husband! I wouldn’t trade him for the world. 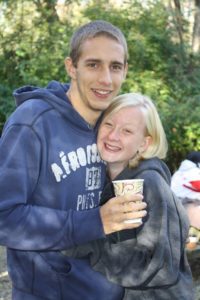 Two years later, I am still trying to think of a way to get him back…

Any suggestions? What is your most epic April Fools prank? 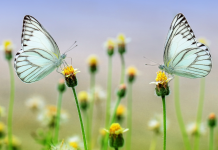 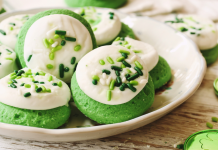 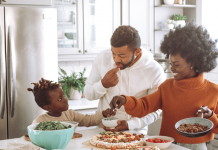